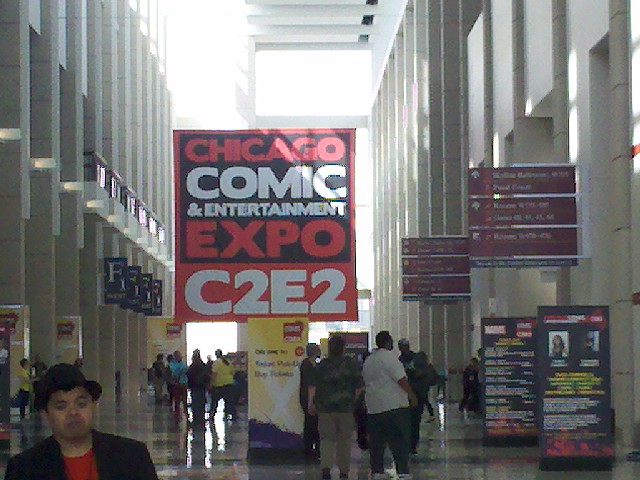 Soooo…C2E2 was a blast! It was one of the better organized and fan focused shows I have been to. While this is no small matter in the world of Cons, the one shortcoming I felt that C2E2 needs to work on is the lack of genre focus. It isn’t quite a comic-centric show; it’s not exactly a comic art show (although artist alley was hopping and had awesome amounts of talent). There aren’t enough video games or table top stuff represented to warrant it being called a “gaming show”. There aren’t massive amounts of celebrity appearances as in say, SDCC, so it isn’t exactly a Hollywood/movie promotion type show. There was definitely cosplay, but it lacked the tights per square inch as is the case in Dragon Con. It wasn’t exactly a toy or merchandise centric show (most of the stuff was seen in SDCC 2010, with the exception of some mid-year merchandise which I was able to grab pictures of).

While it lacked specific genre focus, it did at least touch on all of them. It sort of had a “leftover soup” kind of feel…little bits here and there of everything that our geek world has to offer.  Overall, is was a lot of fun, but one should know going into it that it is the kind of show that will immediately satisfy every part of your geek palate, but you’ll be hungry a half hour later.

We got tickets early and as such were able to secure VIP passes (we didn’t do the super duper Chris Hemsworth one). The regular VIP pass which came with all kinds of extra goodies, signed stuff, private lounge, private ATM and cool events like free tickets to the Comedy Death Ray show with Patton Oswalt, a private Matt Fraction signing and a private Garth Ennis signing (which was the Holy Grail for this Preacher fanatic!).

The McCormick Convention Center is beautiful and BIG. Comfortable walking shoes are a must….because even if you are staying in the attached Hyatt Regency, you need to walk a fair distance to get to the show floor.

Battlefied games ruled the floor, with this closed private trial booth for Battlefield 3. There was a time limit and a line, which was always full. No sneak peeks allowed unless you put in the wait time.  Battlefield Bad Company 2 Vietnam was full to gaming capacity daily. 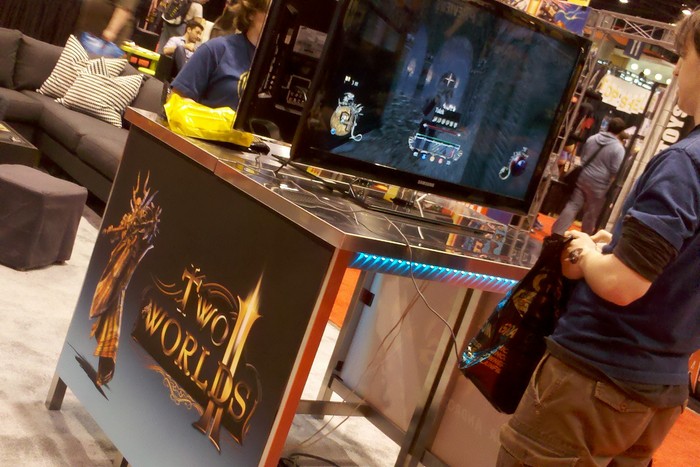 My absolute favorite of the gaming options at C2E2 was the display by ARCADE DLX. Their custom cabinets house a myriad of games within. They come with 200 games pre-installed and an enormous selection of both new games and classics…customized just for you. Who wouldn’t want one for his (or *ahem* her) game room? WANT. WANT. WANT. 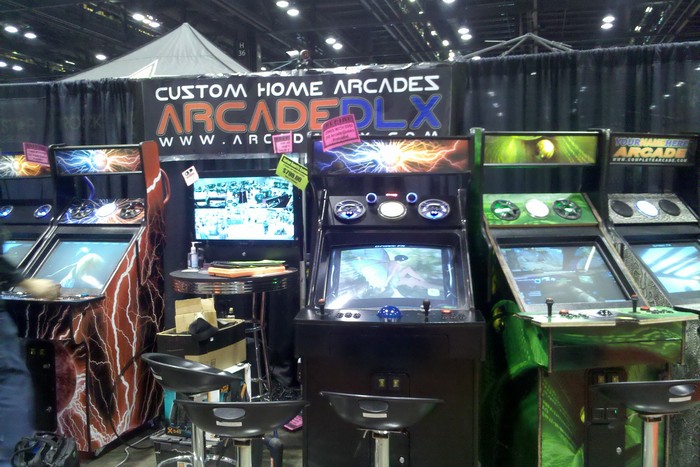 Being a Masters of the Universe collector myself, I naturally gravitate towards the Matty Collector area in the MATTEL booth. Most displays were the same as in SDCC, with the exception of the new up and coming MOTU figures….including: 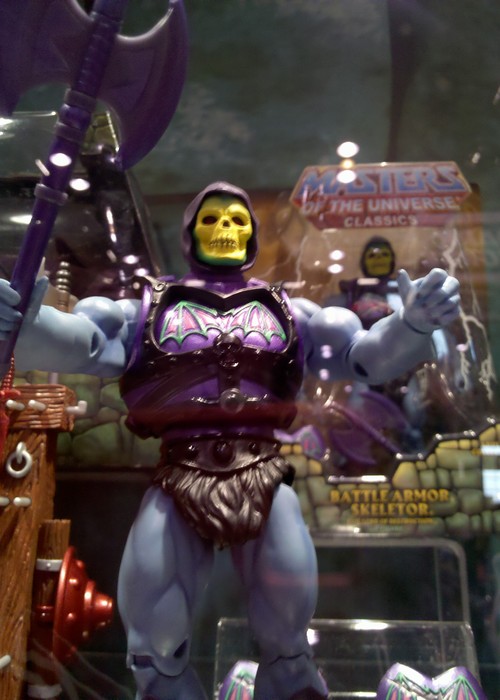 Catra from She –Ra! 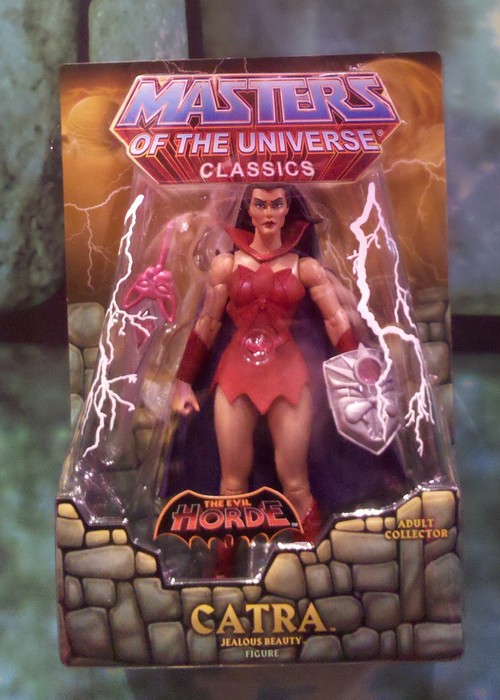 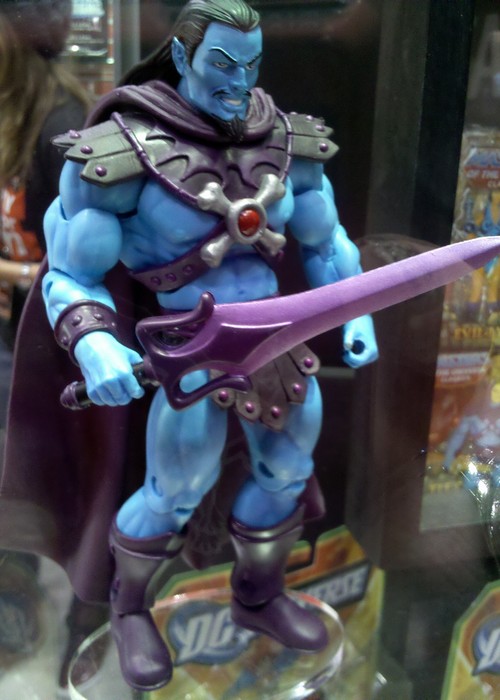 He may look like the lovechild of Fu-Manchu and Ricardo Montalbán, but is badass none-the-less.

Some of the new re-vamped classics line: 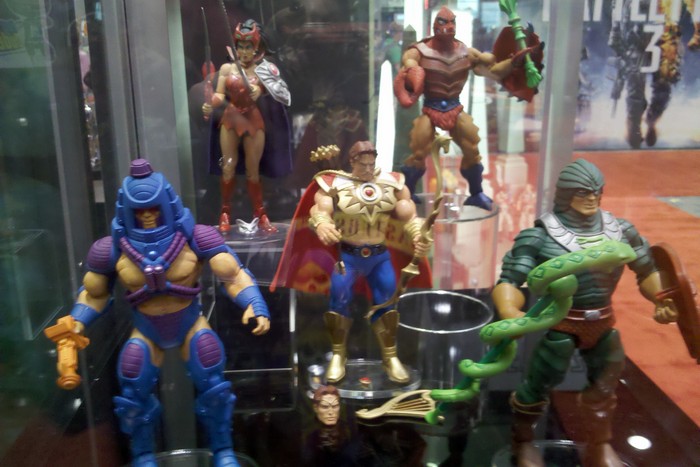 And my favorite, MOTU vs DC:  Zodak vs Green Lantern and Supergirl vs She-Ra  (Summer 2011) 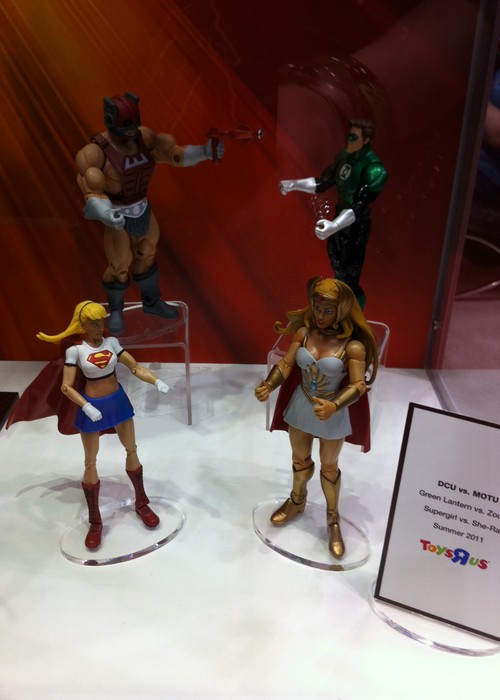 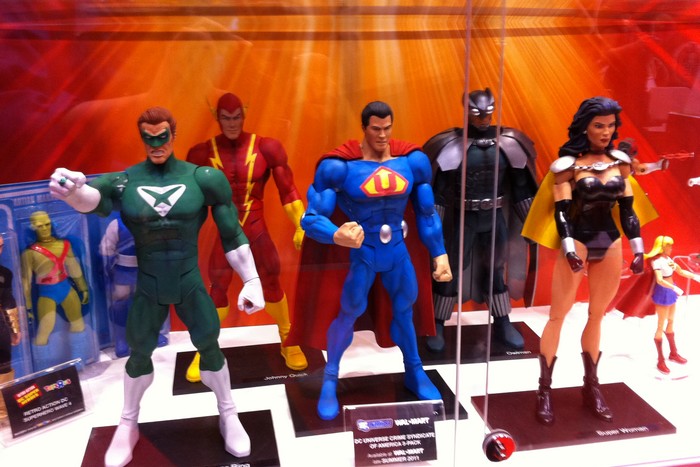 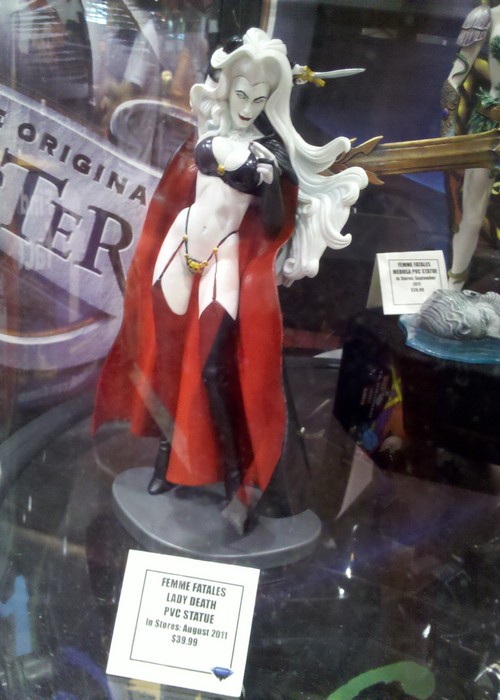 Outside of the merch and the games, there were, of course, the promotions for the upcoming Thor movie. ACURA was there, as a film sponsor and as the official vehicle of S.H.I.E.L.D. They had quite possibly the coolest promotion giveaway ever. After waiting on a not-unreasonable, line I was asked by several “agents of S.H.I.E.L.D.” to pose for a picture. Which resulted in….my very own S.H.I.E.L.D. identification card! So cool. It may not have been the SDCC Odin’s throne gimmick, but it was pretty damn cool. Apparently my “mission begins 4-11-11”. Cute. 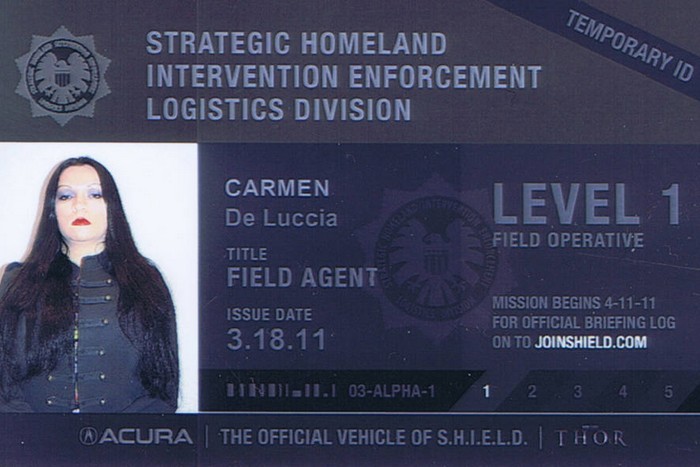 I was so worthy. 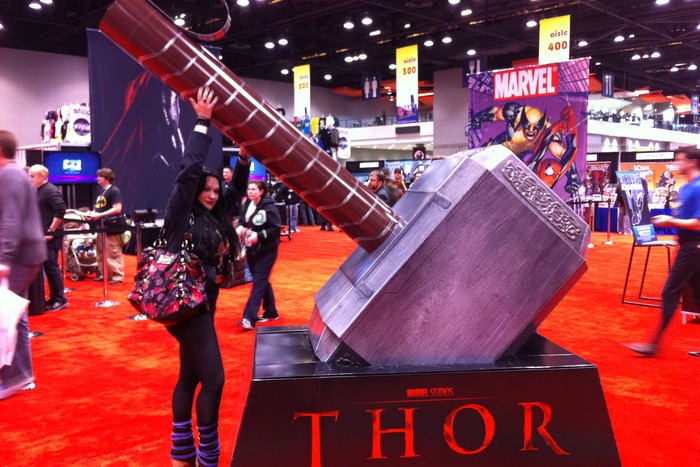 Overall, it was a really fun show. I bought more stuff than I should have, drank more than I should have at the official C2E2 hotel bar, and basically rolled around in geek culture for a few days. In short, I can’t wait for the next con!