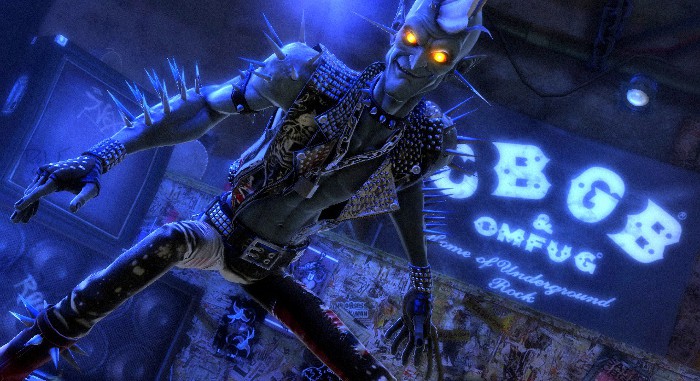 It may be Valentine’s Day, but there is no love here for Activision’s Guitar Hero franchise. Last week, the series that made rhythm games and plastic guitars a worldwide sensation was axed (pun intended, sadly). This followed the recent news that publisher MTV Games was shuttering after selling off Rock Band developer Harmonix, which in turn followed the news that Power Gig: Rise of the SixString sucked incredibly hard. Does all this mean that the rhythm game has joined punk rock, rockabilly, grunge and hair metal in the musical afterlife? Unwinnable sounds off:

Don Becker: I’m pretty sure the keyboard add-on and Pro Guitar Mode for Rock Band were signs that the beginning of the end of the rhythm game fad was coming soon. Not that these weren’t nice ideas, but where do you go from there? Fake plastic saxophones so we can all channel our inner Clarence Clemons or Maceo Parker?

Stu Horvath: I am not comfortable writing off any game genre as a fad. Even submarine simulators. The shit state of affairs that is Guitar Hero can be blamed entirely on Activision’s awful business practices. You can only strip mine an audience for so long. The only thing surprising about this announcement is that it wasn’t dated last year.

At E3 2010, Activision put on a star-studded multi-million dollar concert for the press, a large portion of which was devoted to the anemic Warriors of Rock. I wasn’t alone in wishing that money had been spent on making a better game.

Activision is the greatest shame in videogames. That such a tainted, soulless creature has been allowed to dance around wearing the corpse of a once-loved and once-trailblazing game company for so long is a disgrace without equal.

George Collazo: I’m with Stu on this, the power vacuum left by this fad’s demise will hopefully catapult the Submarine Simulator into the Stratosphere. Or better yet, the scientific name for underwater spheres I’m don’t know the name of (and kind of refuse to look up) so I’ll just call them CharlesNastyohSpheres. With Silent Service 5 poised to have the largest release of any submarine simulator ever recorded in the history of gaming, I tend not to lament the gentle passing of rhythm based games, but ,like Stu, cheer the eventual second coming of the Unterseeboot! And with that I’ll see you guys in the Mariana Trench.

Ken Lucas: I wouldn’t say rhythm games are a fad because they have been around for at least 20 years. I’m a Harmonix fan from the Frequency/Amplitude days. I think Harmonix will reinvent rhythm games now that we have the Move and Kinect. Guitar Hero and Activision dug their grave a long time ago. It was only a matter of time until they axed the franchise since they over saturated the market with Guitar Hero games. Now the real question is: what do we do with all those spare guitar controllers? I guess I’ll store mine next to my Steel Battalion controller.

Richie Procopio: The Guitar Hero games were a ton of fun. I still remember being disinterested in the concept of these games until the very first time I held the guitar in my hand and tried to play Poison’s “Talk Dirty to Me.” I was immediately hooked and went out and bought the game for myself. Did the market become over-saturated? Absolutely. But the game’s are remarkably fun, especially in group/party environments. Competition is always good for the consumer and without the Guitar Hero series, Rock Band will have an opportunity here.  Hopefully, a new player will emerge in the genre and blow our minds with things we haven’t conceived yet.

Ian Gonzales: I played Beatles: Rock Band at a party once. That was fun.

BTD: Rhythm games are here to stay, but I can understand why they’d want to ditch the Guitar Hero brand. Personally, when I think Guitar Hero, I think of Activision tying strings to the limbs of Kurt Cobain’s corpse and making it dance around to Bon Jovi.

I remember thinking at the time that this was a sign that the game industry had finally gone too far in the quest to fulfill the deepest desires of its audience: “Dude, my ultimate band would be me on guitar, some hot goth chick with a top hat and wings on the bass, a fuckin’ SKELETON playing drums, and lastly, the coup de grace…KURT FUCKIN’ COBAIN singing! Of course they wouldn’t all be Nirvana songs… I’m into all kinds of shit, you know… But he’d be wearing his rad granny sweater!”

Dave Trainer: It was only a matter of time. At least we will now stop seeing morons uploading their Dragon Force 100% expert mode videos thinking they are accomplishing something worth everyone’s time. R.I.P. Guitar Hero, see you in 2 years when someone mentions your name at a party and there is a slight resurgence in interest. Then in 30 minutes everyone will go back to playing real videogames.