Tonight, Smallville starts its final lap towards its series finale [Editor’s Note: Unwinnable just learned that the return of Smallville has been delayed until next Friday]. Smallville is a very different TV show now than it was when it started a decade ago.  Whereas the original center of the series was the burgeoning friendship between two young men who would one day become the most bitter of enemies, now it’s more fan service than anything else.  Lex Luthor went from being a dear friend to a dire foe to Clark Kent and then he was gone. The complexity of their relationship, as well as their respective relationships with their parents were what got me invested in the show.  It certainly wasn’t the meteor freak of the week formula!  Most of what made the series so engaging came to an end three years ago. 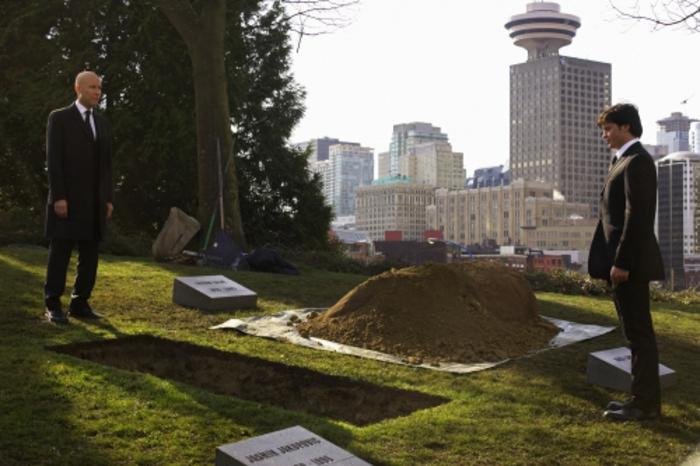 It’s hard to believe it’s been ten years since the series first aired.  Clark Kent was a high school freshman, Lex Luthor struggled to rise above his evil father’s shadow and the town of Smallville was populated by simple country folk and meteor freaks. The show, a re-imagining of the Superman mythos, was a mix of then WB Network mainstays Dawson’s Creek and Buffy The Vampire Slayer.  Part teen drama, part super hero adventure series, Smallville was an instant hit in 2001.  The series was cemented in the friendship formed between Clark and Lex and led to gradual ascent of Superman and the twisted descent of Lex Luthor. 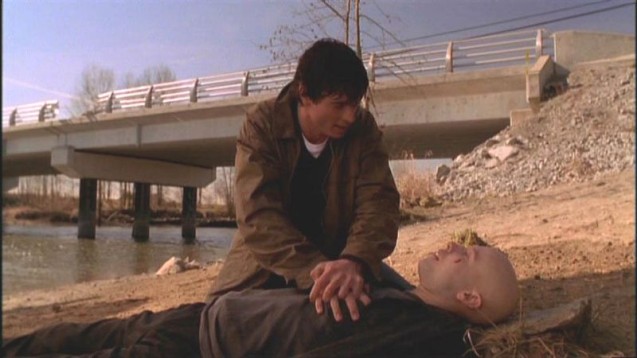 The first time Clark and Lex met, Lex accidentally hit Clark with his car and they all crashed in a lake. While Lex was unconscious and disoriented, Clark pulled Lex from the vehicle and resuscitated him. When Lex awoke, he swore he thought he hit Clark, but Clark told him he jumped out of the way just in time.  Thus, their friendship was born, as were Lex’s suspicions that Clark Kent was more than just a mild-mannered farm boy.

As the series progressed, Clark and Lex grew close, but Clark’s secret and Lex’s need to know drove a wedge between the two characters over seven seasons.  Lex, at first, wanted to know Clark’s secret but he also took the time to get to know Clark.  By Lex’s own admission, Clark’s friendship kept his own darkness at bay. Lex Luthor truly admired Clark for a time, but Lex’s desire to know Clark’s secret bent that admiration into jealousy. The one thing Lex wanted more than anything else in the world was Clark’s trust. He knew there was something different about Clark and he knew Clark was intentionally hiding it. To Lex, this was in and of itself a betrayal.

Original series show runners Miles Millar and Alfred Gough took the time to craft the Kent/Luthor relationship over seven seasons.  While Clark and Lex grew to be friends, their fathers, Jonathan and Lionel, were polar opposites and bitter enemies. Jonathan and Lionel taught their sons everything they knew and Clark and Lex were their fathers’ sons. The Kent/Luthor father/son dynamics weighed heavily on the two main characters’ development. 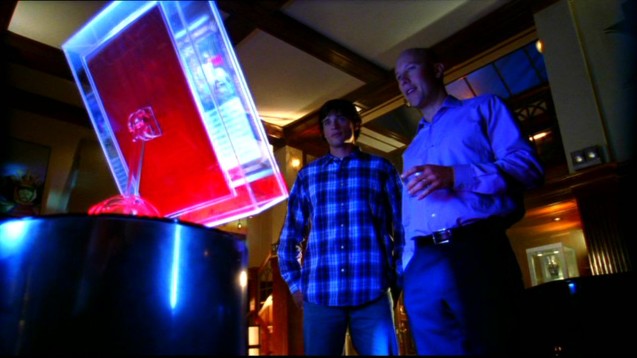 Lex Luthor lost his mother at a young age.  His father, Lionel, gave Lex everything a boy would want except love.  Clark grew up as the son of two struggling farmers.  Jonathan and Martha Kent instilled Clark with a respect for hard work and they showered their adopted son with love. When Clark and Lex became friends, Lex envied Clark’s storybook family structure just as much as he admired it. Lex returned his feelings for Clark in the only way he knew how, with expensive gifts (in one early episode, he scored Clark two Radiohead tickets and a limo so Clark could take Lana Lang on a sweet date).

Clark looked up to Lex like a wise, older brother.  Clark also repeatedly stood up for Lex when everyone, including Jonathan Kent, doubted Lex’s intentions based solely on the actions of Lex’s father, Lionel Luthor. Throughout most of the series, Lex desperately tried to not be his father while Clark heeded his father’s advise and in turn, took on the best traits of his father, like selflessness, determination and care for those around him – even Lex Luthor.

Clark lost his father in a scene reminiscent of Richard Donner’s Superman: The Movie, whereas Lex murdered his father.

In order to commit patricide, Lex had to become his father.  Lex never learned to let things go and he never learned to look beyond himself. Indeed, this was something Lionel Luthor didn’t learned until the end of his life, when he saw where Clark came from and what Clark was – a savior. Lex murdered Lionel Luthor, but Lionel died a humble man, protecting Clark from the monster he unleashed on the world.

By the time Lex was out of the picture, Jonathan Kent was dead, Lex married then tried to murder Lana Lang, Clark’s high school sweetheart and murdered his own father!  All in a bid to ultimately learn that Clark is, in secret, a strange visitor from another planet. The show spent a lot of time building Clark and Lex as mirrors of each other and when Michael Rosenbaum left the series, the show lost more than its main antagonist, it lost an essential part of the formula.

Three years since his departure and nothing has been as compelling as the Kent/Luthor dynamic. Since Michael Rosenbaum left Smallville in the Season Seven finale, Smallville fans have been treated to a host of barely two-dimensional villains. Silver Banshee, Doomsday, Zod, Metallo and other classic villains have all appeared in the series since Michael Rosenbaum’s departure.  None of them held a candle to Lex Luthor.  Lex Luthor went from a clear and present threat in Clark’s life to an invisible boogeyman, occasionally shown in the shadows.  His machinations were everywhere even if he was not.  Now he’s a clone. 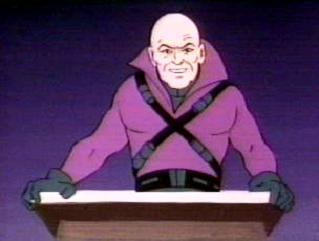 Yes, Smallville’s been entertaining in the last three years.  Geoff Johns’ Legion of Super Heroes and Justice Society episodes were a lot of fun, and this season’s Ultraman episode took me by surprise, but at the end of the day, it is not the same show that aired ten years ago.  In the ten years since the series began, the show has strayed from its original concept.  What was once a series about two young men’s journeys to their intertwined fates became Superman without Superman.

While Smallville heads to its endgame, I can’t help but feel that this has been nothing more than a three year long epilogue that somehow screwed up the original story.

Ian is currently contemplating buying the DC Direct Smallville Lex Luthor Action Figure and Alien 3 for Sega Genesis on eBay. In the meantime, feel free to follow him on Twitter (@IanGonzales). He will probably boast of his new acquisitions.