While at the bar the other night, Team Unwinnable’s resident top chef, SS Dillon, asked me “what is wrong with comics?”

It seemed like a pretty loaded question to me, but at the heart of it, I found out what I personally find wrong with comics today – Company Wide Crossovers.

I was five years-old when Crisis on Infinite Earths unfolded throughout the DC Universe but I had no idea of the importance it had to the characters’ histories and the lasting impact it would have on future stories within that universe. Then again I was also five and had no idea what the DCU, its storylines or continuities were. I was just psyched to see Superman, Flash and every other one of my favorite heroes in one place at one time. 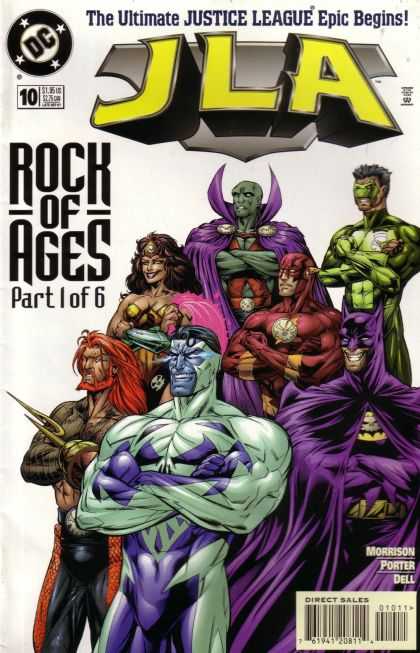 Fast forward to that fateful day when I found Grant Morrison’s JLA # 10 (Part 1 of the epic Rock of Ages storyline) on Ian Gonzales’ coffee table. This was the moment I was sucked back into comics and have been reading ever since.

Since I was too young to understand the1980s crossovers and was absent awkwardly chasing girls for most of the 90’s, I was dead set on reading as much as I could and absorbing everything that I missed. Lucky for me I had friends with a wealth of back issues.

The first major crossover I read and understood was Zero Hour: Crisis In Time and I loved it. It was flashy, exciting and I didn’t have reason to care about any previous continuity. I spent the next decade catching up on what happened while I was in my comics coma.

During that time I was privy to everything from the Crisis on Infinite Earths to Armageddon 2001 to Underworld Unleashed to Final Night. Through these stories, I found myself finally starting to care about storyline, continuity and the DC Universe.

I was now focused in my collecting and by the time Identity Crisis came out I was deeply embedded in the lives and stories of my favorite characters. Having read the entire Giffin/DeMatteis Justice League run, I was heartbroken by the murder of Sue Dibny.

Her death was an event that shook the DC Universe to its collective core and at the same time it marked the end of an era for some of my favorite heroes. 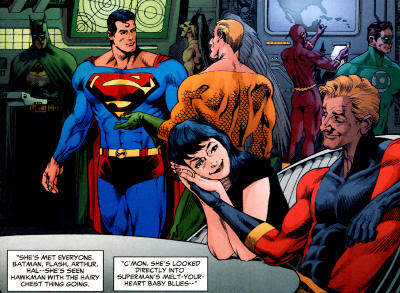 So when SS Dillon asked me “what is wrong with comics?” I had a revelation. In the six years since Sue Dibny’s death there has not been a minutes respite for the reader, much less any of our heroes.

After Identity Crisis there was a Countdown to Infinite Crisis, Infinite Crisis, 52, One Year Later, The Sinestro Corps War, Countdown to Final Crisis, Final Crisis, World of New Krypton, Battle for the Cowl, Blackest Night and most recently Brightest Day and The Return of Bruce Wayne. Throughout which we saw the deaths of heroes like Blue Beetle extraordinaire, Ted Kord (I am still inconsolable), Martian Manhunter (who went out with a whimper instead of a bang) and Batman (who wasn’t really dead) as well as the wholesale slaughter of Teen Titans, Green Lanterns and other random D-list heroes. 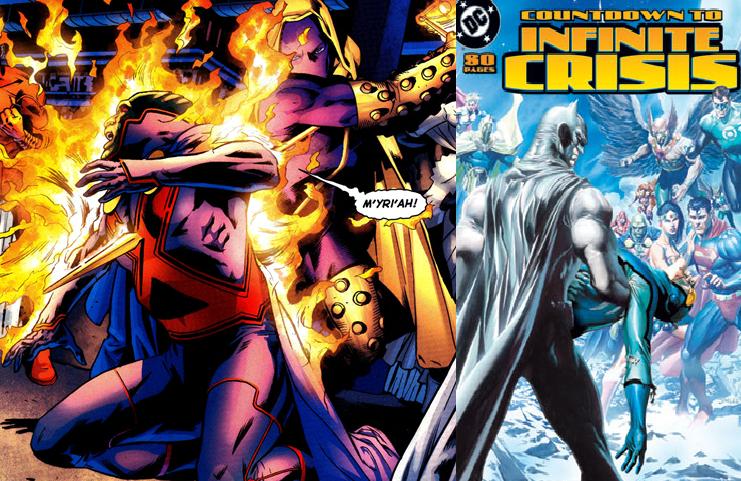 The carnage became senseless and after a while, I became increasingly bored with watching people die for no reason other than shock value. By the time the wholesale resurrection came around at the end of Blackest Night, I found myself not caring.

I wonder if there is any going back? 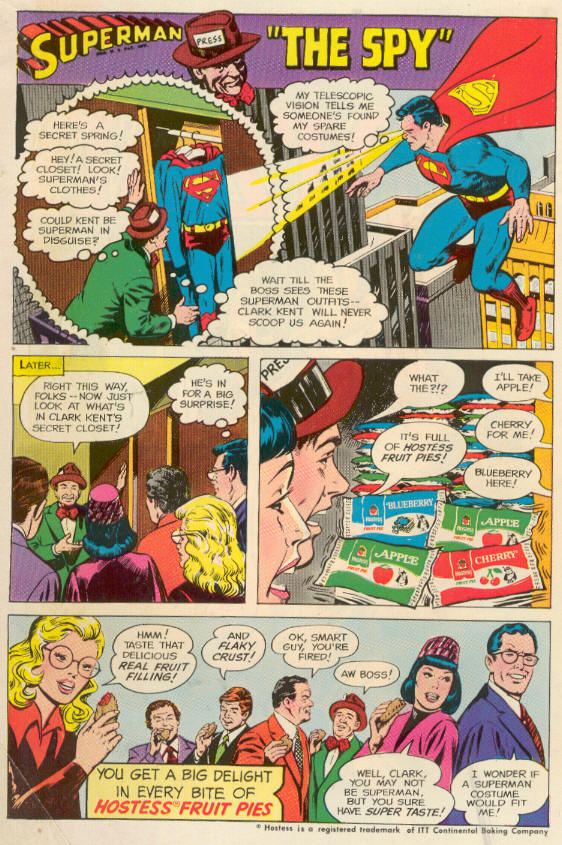 When it’s time to party we will party hard!