First thing’s first: say it with me. “Tek—No—Lies.” Well done! OK. Now make your way through a dizzying, wordless 11-minute narrative montage, and we’ll descend together into Lux.

In the city of Lux, buried fathoms below the near-lifeless surface, amidst a turf war between an organized crime-style syndicate, a horde of religious zealots and a freewheeling group of young rebels, a maimed prize fighter named Ichise is made guinea pig for the most highly developed artificial limbs yet created. But Ichise has no direction and he ambles into the good graces of the syndicate’s leader through no real will of his own. His passivity increasingly disturbs him, and when a young seer divines for him his future, Ichise begins to exercise a will he hadn’t known.

Whether this newfound determinism saves Ichise from his fate or merely accelerates it is up for debate. And just as important to the show as this conflict are the myriad characters and complexities Hiroshi and screenwriter Konaka Chiaki weave throughout the city. The leaders of the competing organizations are all given due screen time, and the stories and aspirations of each are superb. In the end, it seems the city of Lux is the only thing that ultimately unites these characters, who by a will of their own or sometimes another, seem always inaccessible to one another.

But attempting here to compress the show’s sprawling and poetic arcs would not do them justice. Texhnolyze is a show that must be experienced to be understood, and even then, I can’t guarantee you’ll understand it. I can, however, guarantee that you’ll like it. 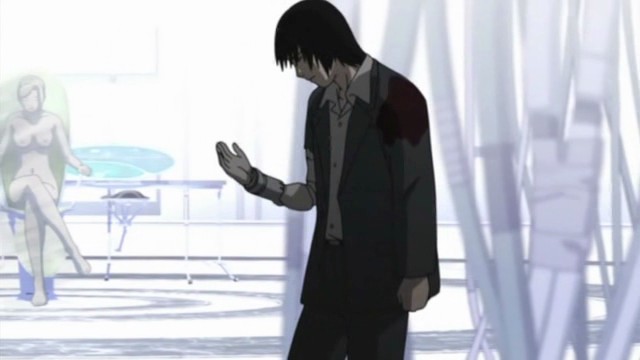 What’s a Little BFing between Friends?

‘C’ is for Cosmic