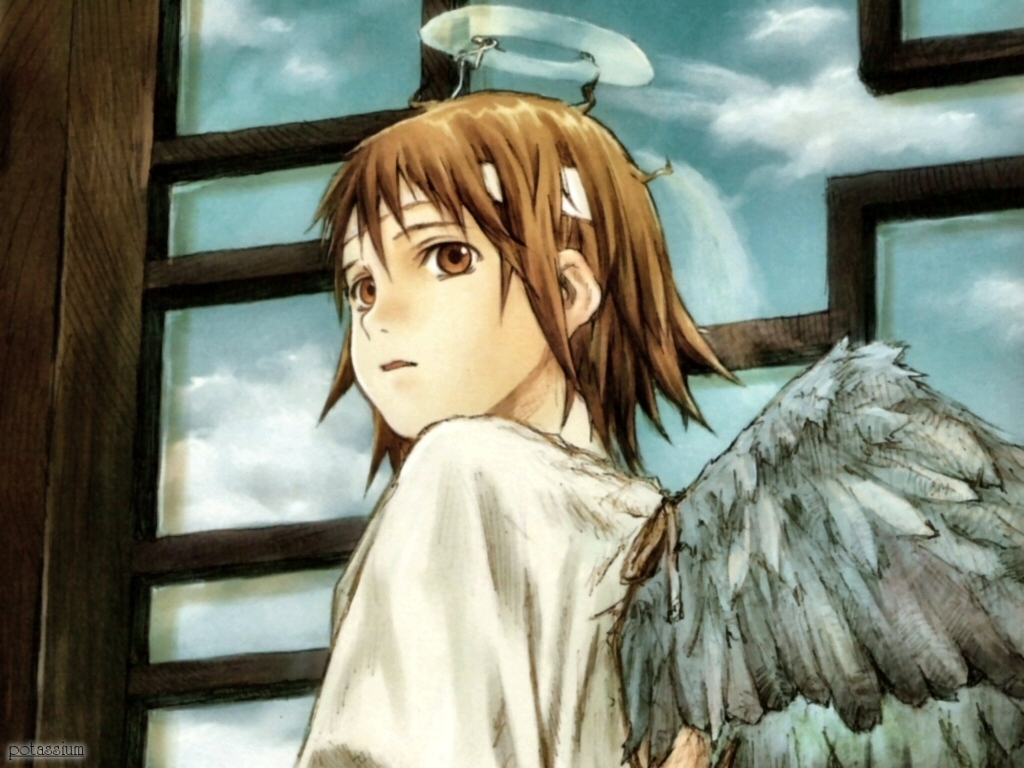 An entire genre of anime exists that is dedicated to exploring quotidian events that can culminate in life-altering experiences. These shows are often very slowly paced, colored in soft pastels and set to light, whimsical scores. Little happens in the plot and there is much comic relief (from boredom, I guess). ABe Yoshitoshi’s Haibane Renmei (2002, 13 episodes) might have suffered the same shortfalls of much of this ‘slice of life’ anime were it not for one major discrepancy: the characters in this slice of life are all dead.

The Renmei, young girls with halos and painfully sprouted angel wings, are born from cocoons into the walled town of Glie, where they live together sequestered from the center of the town and its non-Renmei inhabitants. Speculation abounds as to what the town is—heaven, hell, purgatory, something entirely different. Perhaps the girls are victims of murder, or suicide. Signs point in all directions.

As viewers, we follow the arrival of Rakka, whose wings sprout stained a charcoal black color, an indication of something that remains mysterious for much of the show. Through Rakka we discover that the Renmei are second-class citizens of Glie, forced to work simple jobs for second hand clothing and foodstuffs. They are generally ignored by the townspeople, but as Rakka’s curiosity gets the better of her, we come to realize that something disturbing is at work in the town’s hidden spaces.

Haibane Renmei does meet several standards of those slices of life described above, but never does the show flirt with them without subverting them with a contemplative darkness. ABe, best known for his weirdly wired Serial Experiments: Lain, is a master of omission, giving us just so much that we absolutely need to know more, and it is this longing for resolution, for completion that not only colors the lives (afterlives?) of his characters, but also keeps us viewers hooked. 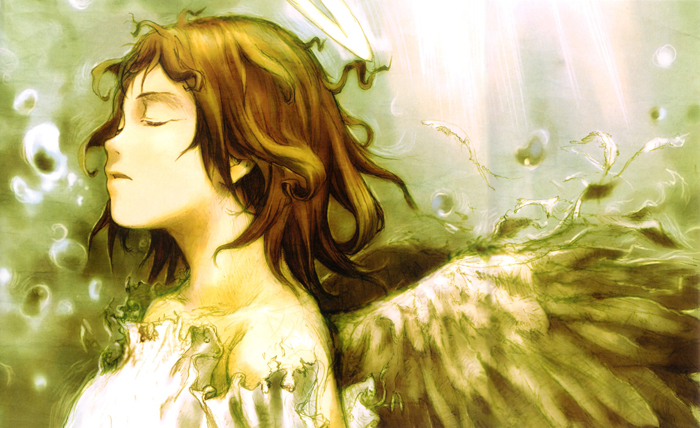