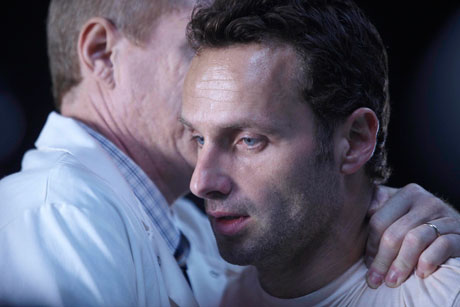 That whisper in the season finale of The Walking Dead that irked me so much? Last night, Unwinnable contributor John “Hambone” McGuire came up to me with giddy glee, claiming to have figure out what was said.

“Your wife is pregnant.”

I think Hambone’s got it dead to rights. Jenner absolutely could have learned that from the blood tests and Lori has been sleeping with both Rick and Shane frequently enough. It also makes more sense than directions to a safe place (the favorite internet theory, last I checked) and there is also precedent for it in the source comic book.

What say you, Dear Reader?