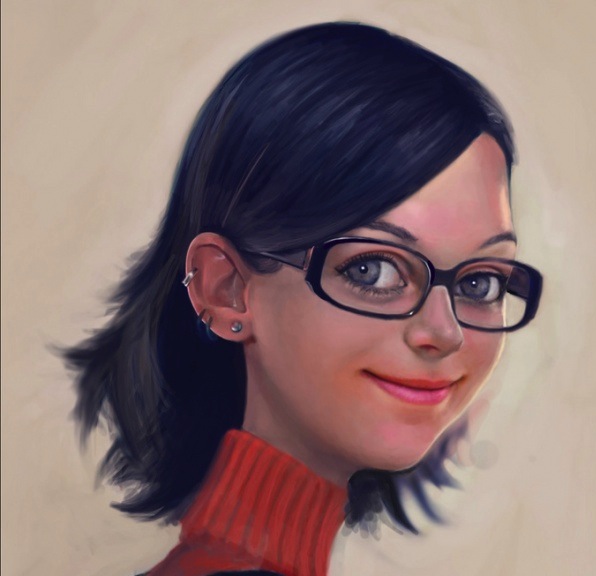 My name is Violet.

I am a comic book reader. These days, I mostly read stuff like Sweet Tooth, Scalped, Umbrella Academy and Hellboy. When I was younger, it was all about Wonder Woman, Spiderman, Wolverine and an ongoing obsession with Batman. I’ve always loved the stories and the characters.

But I am not here to talk about comics. I am here because I want to learn about gaming. I want to start playing.

Why gaming? Why now? Well, the truth is…all this started because of a boy. Let’s call him ‘Will.’ I really, really like Will. We’ve been friends for a while and he’s a ‘gamer.’ I know lots about comic books but I know nothing about games and now seems like a good time to learn. I want to spend some time doing stuff he likes.

That’s one side of it.

Now, I know what you’re thinking. Never change yourself for someone else – that’s what my mom says at least – but I also want to start playing videogames because I like stories. I like playing inside stories. That excites me.

I grew up with older brothers who played Dungeons & Dragons – the pen and paper roleplaying game where you would go to your friend’s house and spend hours playing, or fighting, depending on your mood. I was basically a toddler though and, of course, I was never invited.

Eventually, I found my own thing. I would make pocket change babysitting and then spend it at the local comic book store. There was only one problem: the comic book store was an hour away and my parents worked full time. It took two bus changes and dozens of stops to get to the comic book store but I always loved it there. The fluorescent lights, the rows of comics filled with so many stories and characters, it was perfect. I would spend hours reading and then buy the two or three comics I could afford for the bus ride home from Atlanta to Alpharetta.

Well, here I am. My brothers have since moved on, become “adults” and no longer play D&D, so now it’s my turn; I’m jumping in head first and I am psyched at the prospect of learning about videogames.

Whether it pays off with Will, I don’t know, maybe something will develop, but in the meantime, there is a whole world of gaming to explore…But first, I have to work a ton of double shifts to make the money to buy an Xbox 360 and a game or two. Only then will I learn how to kick ass.  And man, I have a lot of learning to do.

I think I’ll start with Fable 2…

Rookie of the Year: The Biggest Loser