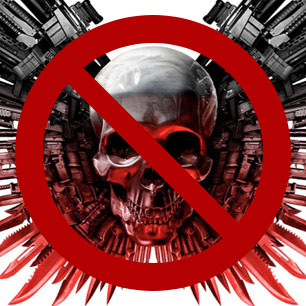 I wanted to love The Expendables, perhaps even more than I want to love my family or my wife.

I read about it like a year ago, read all about how Sly Stallone was about to create the biggest baddest team of action heroes ever and I was instantly smitten. When the movie released, I couldn’t even wait until Friday night to see it, so I went by myself in the middle of the day. That’s how badly I wanted to love it.

When I left the theater though, I was really tempted to just bash my own face in. Instead of an action extravaganza, what showed up on the screen was really just one big, bad waste of a matinee movie ticket.

I’m not even going to get into the camera angles that look like they were shot by grad school assistants, the fan service that was such obvious fan service that it was almost a disservice or the fact that Eva Mendes kinda-lookalike Giselle Itie just isn’t, um, very hot – what, Sly, you can get Arnold Schwarzenegger to cameo, but you can’t get a real femme fatale?

The real problem with The Expendables is this: too much of a good thing. In theory, if one action hero is great, a whole team is even better, but in practice, the exact opposite is true. 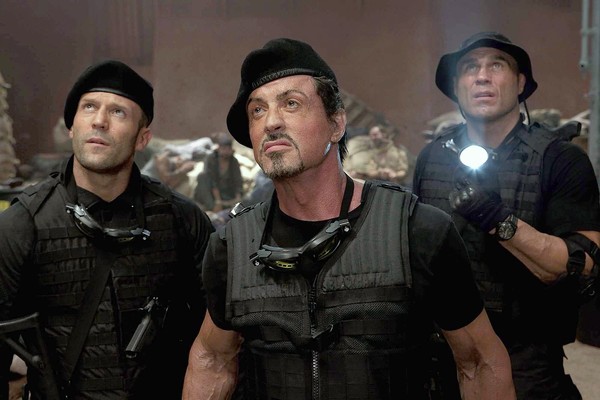 Now tell me, if all those guys can bring entire countries to their knees as solo acts, why, oh why, does it take Li+Statham+Stallone+Randy Couture+the comic stylings of Terry Crews to take down one former CIA agent, Stone Cold Steve Austin and the dictator of some tiny Caribbean island? If that island had Terminators, I could buy it. If that island manufactures marijuana? Uh, no.

I know, I know. I need to suspend my disbelief and just enjoy the ride, right? If only it were that simple. We suspend our disbelief every time we watch a movie and we do it by choice. When I watched Statham in Death Race, I knew going in that he’d triumph over seemingly unbeatable odds. I knew it, but I was still on the edge of my seat as the movie approached its climax.

I was on the edge of my seat exactly one time during The Expendables – when Charisma Carpenter of Buffy fame showed up on screen and that’s only because she was eye candy. I spent the rest of the film waiting for some unbeatable odds to show up, waiting to see Sly and Co. with their backs against the wall, waiting for tension.

Maybe Terry would die. Maybe Jet Li would have to fight with a dislocated knee. Maybe Statham would lose an arm. Maybe, we’d get Stone Cold and Sly one-on-one like that Balboa-Tommy Gunn street fight.

But that never came. Instead, I saw a bunch of old action heroes use a helluva lot more C4 than they should have needed to blow up a compound much smaller than what Arnie faced in Commando. The closest thing to tension in The Expendables was when some nameless bad guy started strangling Sly as Stone Cold interrogated him.

It would have been tense, except I knew Crews and Jet Li and Statham would come to the rescue.

And that’s exactly what they did.

The Expendables? Try The Predictables.